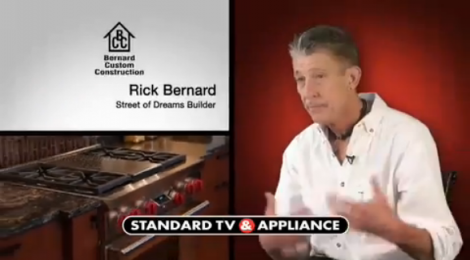 Standard TV & Appliance of Portland, Oregon, recruited Rick Bernard of Bernard Custom Homes for their promotional advertisement as a key sponsor for the 2012 Street of Dreams.