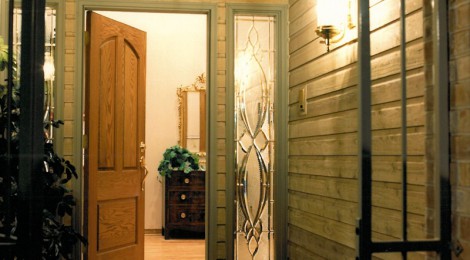 In the News: North Plains Builder has Home in “Street”

In the 1986 July edition of the Hillsboro Argus, Rick Bernard was featured in a story titled “North Plains Builder Has Home in ‘Street'” highlighting Bernard’s sixth home appearance, the Empress VI, in the popular Portland Street of Dreams in Oregon.

The article by Maxine Sullivan of the Argus reported:

The Street of Dreams, the Home Builders Association’s annual extravaganza, has been the burial ground of more than one builder.

For Rick Bernard of North Plains, however, it’s good advertising.

When the show begins next Wednesday at the Waterhouse subdivision in Beaverton, off 158th near Cornell Road, Bernard will be making his sixth appearance. That puts him about two up on any other builder.

The house he builds each year and his related ad in the show program is the only advertising he does. Even so, he said, he was thinking about sitting it out this year. He changed his mind when the house sold before he hammered his first nail.

Bernard admits he’s been lucky. All his Street of Dreams homes, including the one he build in the ill-fated Hillsboro show a few years back, have sold early.

This year’s version, the Empress VI, has three bedrooms and three bathrooms and covers 3,135 square feet. It has a large covered deck, two fireplaces, a Roman bathtub, and a utility room bigger than many bedrooms.

The article provided information on the local Street of Dreams events and location and introduced Bernard a little more to readers.

In business for 10 years, he builds 10-12 homes annually. He likes the challenge of custom building: “People are more demanding. They know what they want and they’re willing to pay for it.”