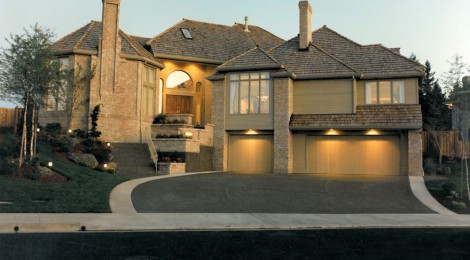 In the News: Oregonian – Founder Still Dreams in Dreams

Rick Bernard of Bernard Custom Homes was featured in the Oregonian with an article by Ken Hamburg called “Founder Still Deals in Dreams.” The article covers Bernard’s participation in the Portland Street of Dreams event.

At 39, Rick Bernard hardly qualifies for senior status. However, the Portland-area builder, who has been in business only a dozen years, may rightly be called the “granddaddy” of this year’s Street of Dreams – his eighth such show.

Bernard’s home in this year’s show – “The Star Burst Eight” – is a 4,200 square-foot, two-story traditional design with three bedrooms, three baths, and a three-car garage. It also has a formal living room, a formal diving room, a family room, a home office, and a “bonus” room that is being finished as an entertainment and exercise area. Other features include a deck with a spa and a waterfall and fountain in the back yard.

…Bernard said the reason he continues to participate in the Street of Dreams is because of its advertising and promotional value, and because of the “challenge” of competing with other quality builders.

“It puts you at the forefront of the building industry,” he said.

← Q & A: Should We Use a Stock Plan or Employ an Architect/Designer?
Star Burst Eight 1988 Street of Dreams Custom Home →